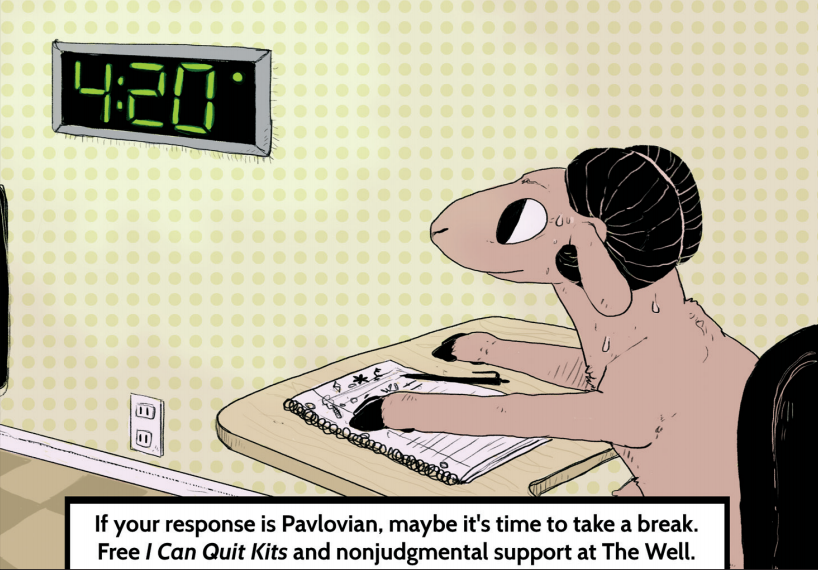 By Tricia Smith, Professor of Biology at VCU and drugs of abuse researcher, and COBE media specialist Craig Zirpolo

Parts of this article were previously printed in the Stall Seat Journal’s Marijuana 101 issue. To see that issue and more, visit The Wellness Resource Center’s website.

While states like Colorado and Washington have experimented with legalization, it’s no secret that cannabis is an illegal drug on the federal level. But it’s also scientifically known that marijuana is in many ways less toxic than other legal substances like alcohol and tobacco.

This complex, layered situation can send mixed signals to young people about the true harms and benefits of marijuana use. So what does the research say? In short, though it is safer than other drugs, that does not necessarily mean that it is safe. To learn more, let’s delve into the science that informs the current cultural conversation on marijuana.

First, let’s talk about addiction and withdrawal. Because where there is withdrawal, there is addiction.

Marijuana withdrawal is not as explosive as withdrawal from other drugs, say morphine or alcohol, which can cause vomiting and convulsions, but it has still been recorded clearly and carefully in rodents, monkeys and humans. 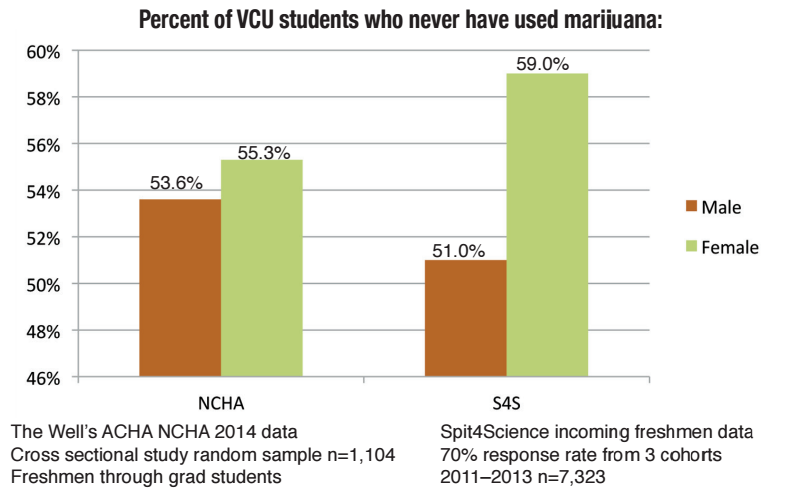 On February 22nd, Smart Approaches to Marijuana (SAM), an advocacy group made up of scientists and researchers from across the country, hosted a briefing in Washington, D.C., entitled “The Link between Marijuana, Tobacco, Alcohol, and Other Drug Abuse” to discuss the potential impact of marijuana legalization and the current science behind potential medical uses.

Dr. Hoover Adger, from the Johns Hopkins School of Medicine, noted that over 114 million Americans have tried marijuana at least once and 2.4 million used it for the first time in the past year. He also pointed out that the rate of adolescent daily marijuana use has increased from 2009 to 2014; however, there is a decreased percentage reporting knowledge of the risk from regular marijuana use.

Dr. Sabet closed the briefing by emphasizing that SAM opposes marijuana legalization in an effort to curb adolescent addiction.

What about synthetic “marijuana”?

Synthetic versions of marijuana have been available legally at head shops and gas stations from time-to-time in the United States.

If marijuana is becoming legalized in some states, logic might suggest that a synthetic version of the same drug sold in stores must be safe, right?

Unfortunately, they are not safe.

THC binds to the cannabinoid receptor and turns it “on,” causing effects in the user’s neurons. THC — and other compounds from marijuana — do a poor job of activating the receptor, switching it to about 30% of its potential “volume,” like turning on a radio, but very softly.

Synthetic cannabinoids created in the laboratory can turn on the cannabinoid receptor 100%, like a full-tilt death metal concert, and the effects are not good. Synthetic cannabinoids have resulted in hospitalizations for panic attacks, vomiting, convulsions, heart attacks and hallucinations, and they have been documented to cause psychosis that does NOT go away when the drug wears off.

About 9% of marijuana users become addicted. How would you know if you are one of the 9%?

The best indication would be to ask yourself:

“Would my life be different without marijuana?

“Would I have hobbies that did not include marijuana? Would I have more friends who don’t smoke?”

“Would I have a better job? Would I not plan my life around getting stoned? Would I not be anxious when my stash is low? Would I be able to keep promises to smoke less?”

If you realize that your life would be better with less cannabis in it, contact Kristen Donovan at The Well.