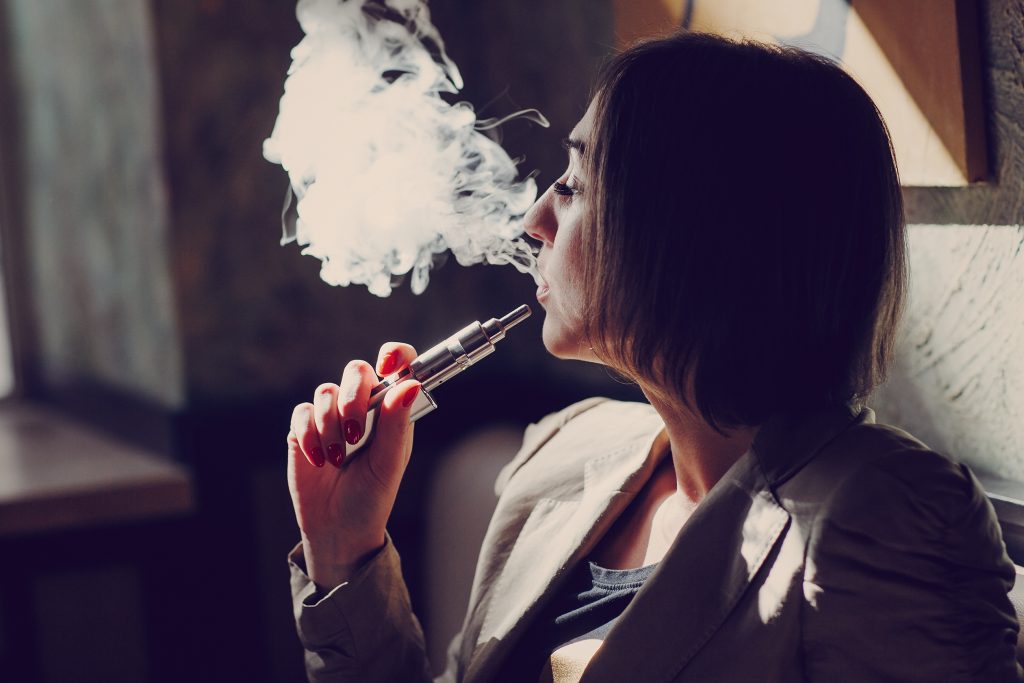 E-cigarettes are often portrayed as a healthy alternative or even a way to quit smoking. But how does e-cig use actually differ from tobacco cigarettes? Researchers at VCU set off to find out more using data generated by Spit for Science.

Tory Spindle and Marzena Hiler, graduate students in VCU’s health psychology doctoral program and the Center for the Study of Tobacco Products led by Dr. Thomas Eissenberg, teamed up with COBE researcher Megan Cooke, a doctoral candidate in the Virginia Institute for Psychiatric and Behavioral Genetics and member of the EDGE Lab, to conduct a study on longitudinal tobacco use patterns of VCU undergraduates over the course of one year using the Spit for Science dataset.

The study, published recently in Addictive Behaviors, examined the extent to which the use of electronic cigarettes led participants to later use tobacco cigarettes. The study also explored whether several factors such as anxiety and impulsivity, which are historically predictive of starting/using tobacco cigarettes, functioned similarly with e-cigs.

Results demonstrated that those who began the study having never smoked tobacco cigarettes had a greater chance of later trying cigarettes if they were an e-cig user, suggesting e-cig use served as a catalyst to initiating cigarette smoking.

Prior to this study, the phenomenon of e-cigs serving as a starter product to trying tobacco cigarettes had only been seen in middle and high school students.

In light of these findings, the authors suggested that future laws may need to limit young adults’ access to e-cigs, perhaps by increasing the minimum purchasing age for tobacco products to 21 as Hawaii and California have already done.