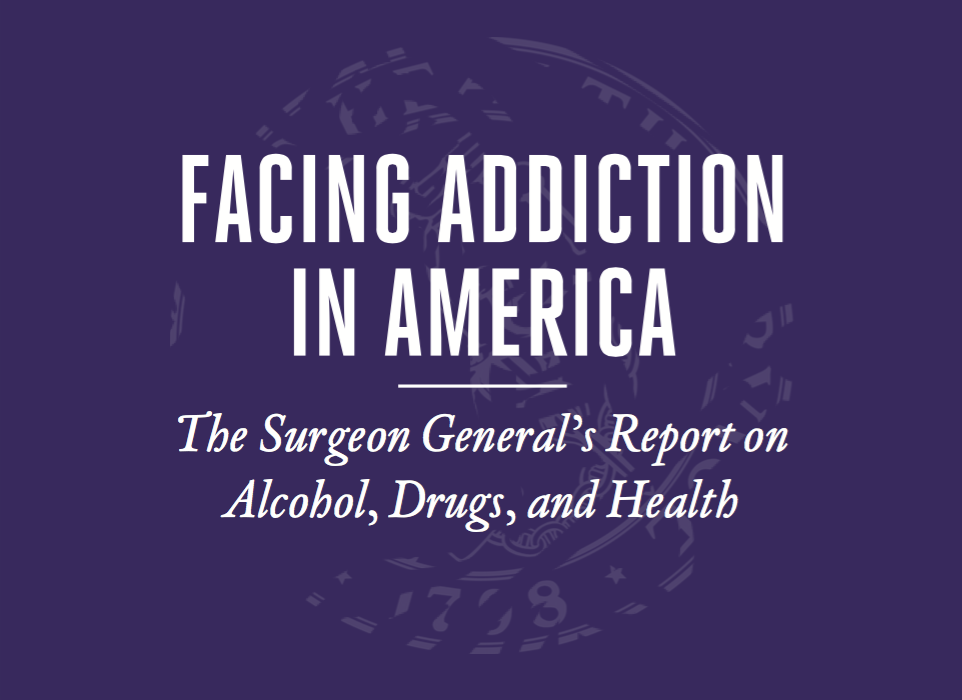 This is part 1 of a 3 part series on the Surgeon General’s Report written by COBE Administrative Director and Rams in Recovery Director Tom Bannard.  This section focuses largely on the historical context of the report.

Among the drivers of the change was a comprehensive public health effort which was propelled in part by the 1964 Surgeon General’s Report on Smoking, and the 34 follow up reports on tobacco and nicotine that followed.

In 2016, in the midst of growing awareness of an opioid epidemic that claims more lives just due to overdose than car accidents or gun violence, the Surgeon General has released the first Report on Alcohol, Drugs and Health with the hope of encouraging a similar decline in alcohol and other drug use. 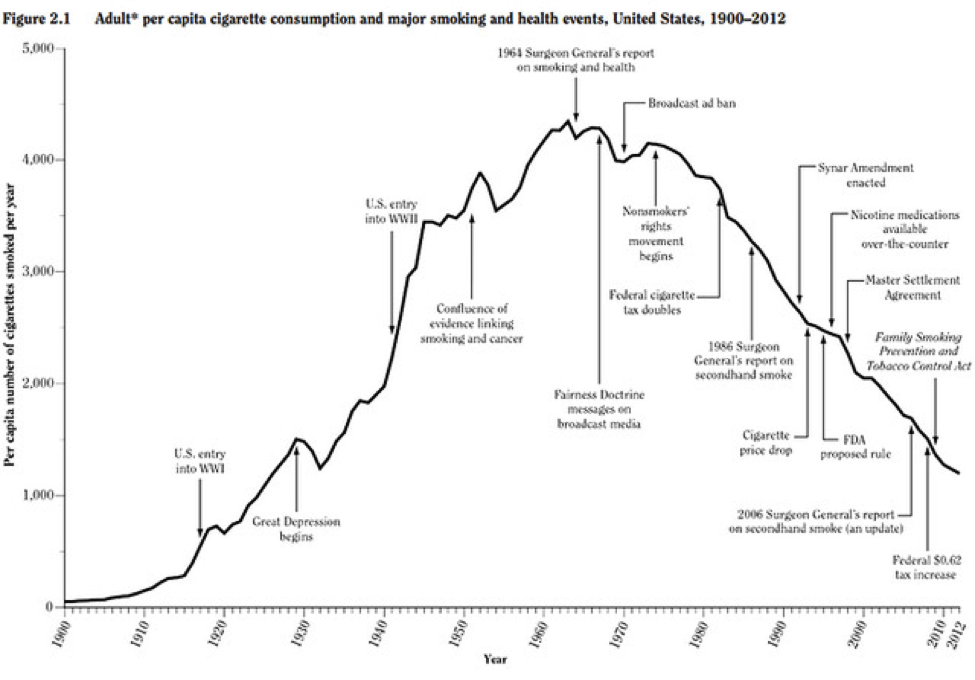 Importantly, the report takes an explicitly public health approach with substantial focus on prevention and early intervention, and contains recommendations for practitioners and administrators throughout the healthcare system, substance users, family members impacted, researchers, and policy makers.  Indeed, the Surgeon General (most known from the warnings on numerous labels) occupies a position of relatively low authority.

While the Surgeon General is nominated by the President and confirmed by the Senate, he or she is only the #2 officer in the Office of the Assistant Secretary for National Health, one of 34 Offices, Administrations, or Agencies under the Secretary for Health and Human Services, which comprises only a tiny fraction of the federal budget dedicated to health care.  Public health approaches seek to leverage limited resources to encourage individuals to pursue social, economic, and environmental strategies on health care topics that work in their own best interest.

In short public health people try to do a lot with a little, and they truly have.  Public health approaches are responsible for improvements in immunizations, motor vehicle safety, workplace safety, control of infectious diseases, declines in deaths from heart disease and stroke, safer and healthier food, healthier mothers and babies, family planning, fluoridation of drinking water, and tobacco use.

The Report comes at an incredibly important time for substance use in America.  While the opioid crisis has grabbed the public’s attention, substance misuse, especially alcohol and opioids, have driven an unprecedented increase in mortality among middle-aged White Americans between 1999 and 2014 causing a roughly 4 month decline in life expectancy in this population.

Meanwhile, a Recovery, Prevention, and Harm Reduction Advocacy movement has gained increasing traction as populations, family members and people in recovery, have broken through stigma and are demanding an improved response.  This movement is bolstered by an accumulation of scientific evidence that Substance Use Disorders are preventable and treatable medical conditions (see the more than 1400 scholarly references in the report).

Finally, scholars, public health officials, and policy makers are casting increasing doubts about the efficacy of Drug Prohibition and “The War on Drugs” as a primary means of addressing substance use, and numerous states are moving to decriminalize or legalize marijuana use.

Family members who have lost loved ones to substance use have been crucial players in this new advocacy movement.  These grieving family members have transformed their struggle by leading large national non-profits such as Facing Addiction, Transforming Youth Recovery, and Shatter Proof.  Locally, grieving parents lead the JHW Foundation, Beacon Tree Foundation, and The Chris Atwood Foundation. Importantly, this mirrors leadership by organizations such as Mothers Against Drunk Driving (MADD) who played a crucial role in the decline of DUI related accidents and death.

Additionally, proliferation of mutual aid supports and Recovery Community Organizations that support many paths to recovery that include but are not limited to 12 step have aided in decreasing stigma and supporting recovery creating a wave of advocacy from those with lived experience.

Finally, advocacy has come from unlikely places with organizations such as The Gloucester Police Department in Massachusetts leading a charge to make law enforcement a point of entry for those seeking substance use treatment.  Locally, Mike Zohab and the Virginia Recovery Foundation are starting this effort in Richmond. 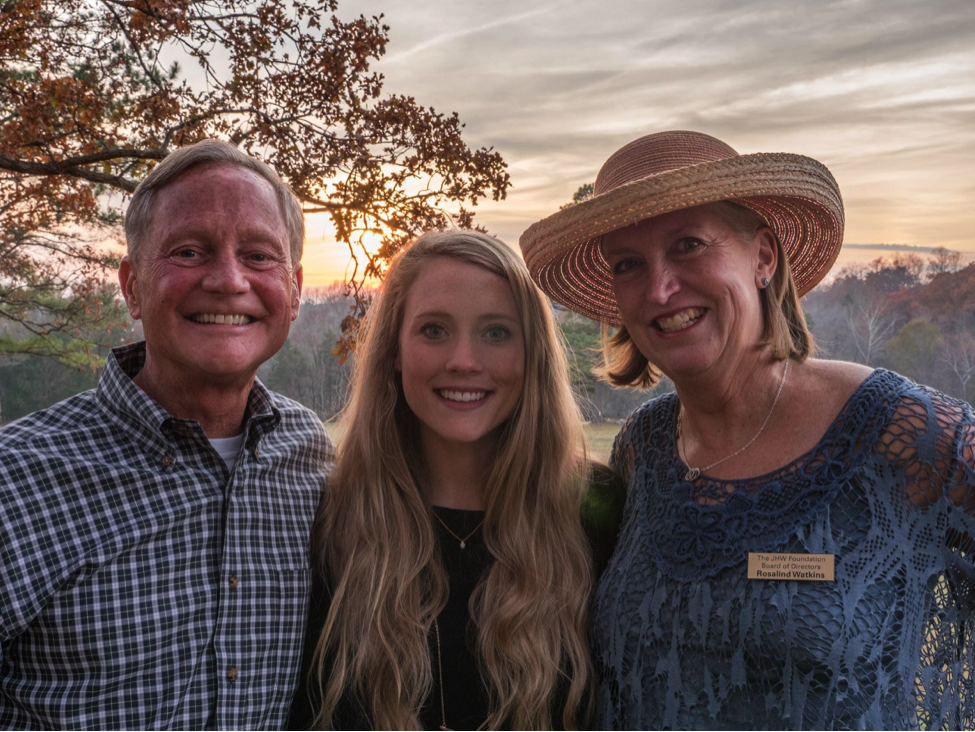 While this blog will not dive far into the “legalization/decriminalization” debate, it is important to consider some of the key talking points in this discussion.  The key arguments against legalization or decriminalization are about controlling supply, discourage public acceptance of substance use, and especially limited use by people whose brains are still developing.  These are relatively straightforward arguments.  These are addictive substances such that increasing supply also increases demand, increasing public acceptance will lead more people to try a substance, and there is robust evidence that the younger someone starts using a substance the more likely they are to have subsequent challenges.

The argument goes that increasing societal availability and acceptance will lead to increased use and increased use related problems.  This has been the argument that has driven our public policy approach to substance use for the past 40 years (and one could argue the last 100 years if considering Alcohol Prohibition in 1920 and the initiation of drug prohibition in 1914 with the Harrison Act).

This argument has lead to a significant majority of public monies devoted to substance use being put into enforcement and incarceration within in the United States, and policing and military action internationally related to reducing supply. 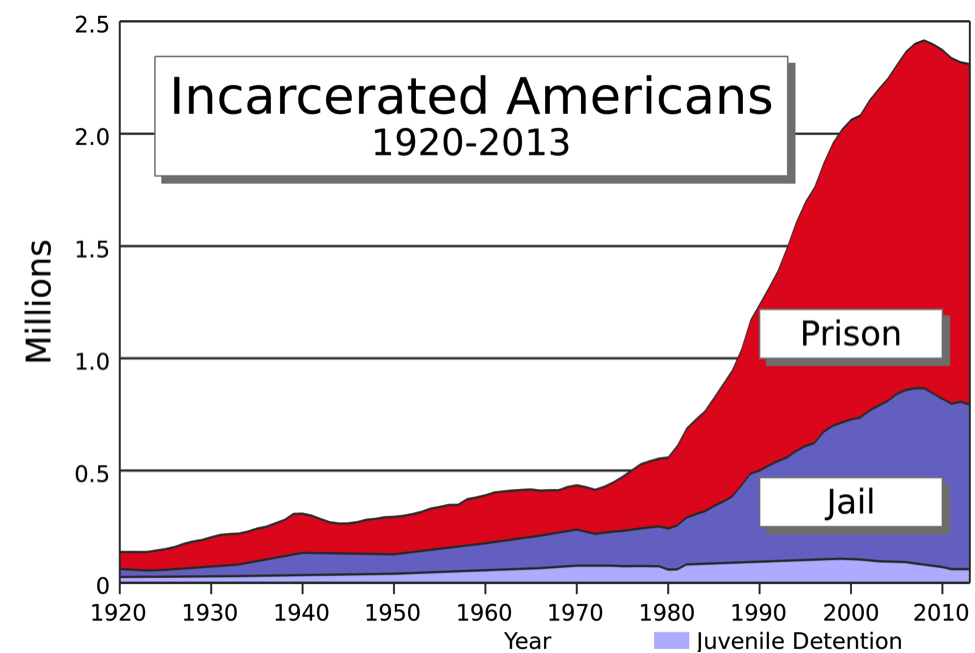 While there is a significant range of stances when it comes to decriminalization or legalization, the arguments are significantly more complex and have far fewer “real world” experiments to support them (International treaties driven by the US began requiring drug prohibition in the 1950s and 1960s).

These arguments range from the somewhat obvious: enormous costs of incarcerating people paired with minimal effectiveness in rehabilitating them; to the more complex and perhaps harder to prove: Drug Prohibition incentivizes violence as a primary means of market regulation at home and abroad creating cycles of violence that promote organized crime. 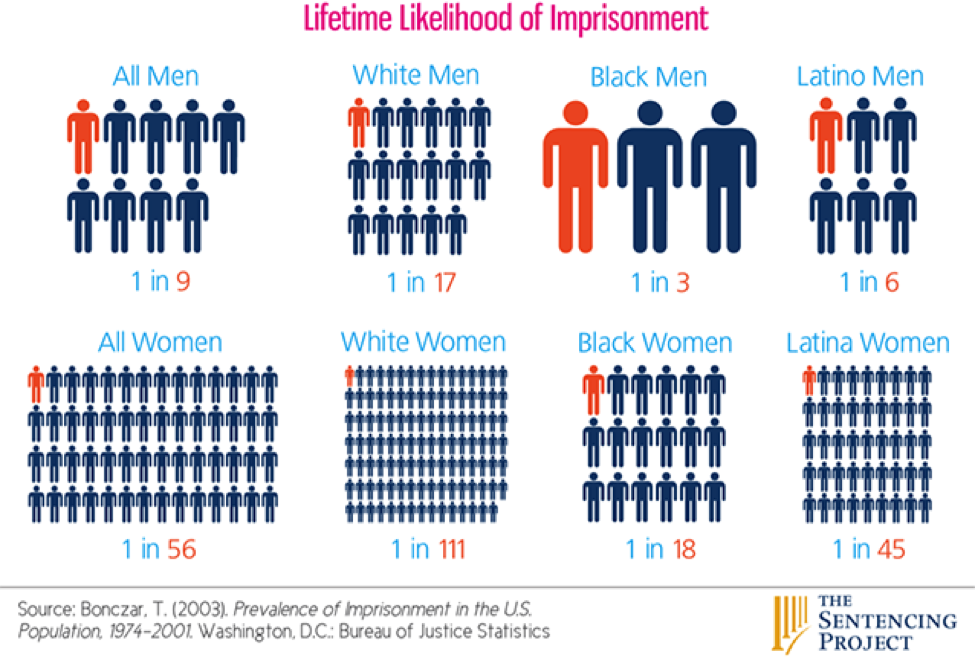 Perhaps the most important argument within this conversation also lends significant insight in how we came to be a country that holds 25% of the world’s prisoners while only having 5% of the world’s populations.  Mass Incarceration and its deep links to Drug Prohibition has expanded to unprecedented scale in the past 40 years, and has had a hugely disparate impact on African Americans and Latinos especially men.

We must carefully consider the role of race in the changing discourse around substance use as opioid misuse is disproportionately white and suburban or rural, and often the source of the drugs have been medical professionals.

The Surgeon General’s Report marks an incredibly important moment in the history of substance use in America.  It represents a significant step towards taking ownership of a challenge that is deeply human.  We have finally started to acknowledge that this is not a problem we can blame on others, either those outside of the US, those that don’t look like us, or those “druggie” people.  Substance use and misuse is deeply ingrained in the fabric of America it is time to dive into how we better address it.

Join us for next week for part 2 of the series that dives into the report.